Since the end of July, more than 150,000 people showed their interest in the products of the Selection. Until the end, the race for the Audience Award remained exciting, but in the end, a submission emerged victorious: 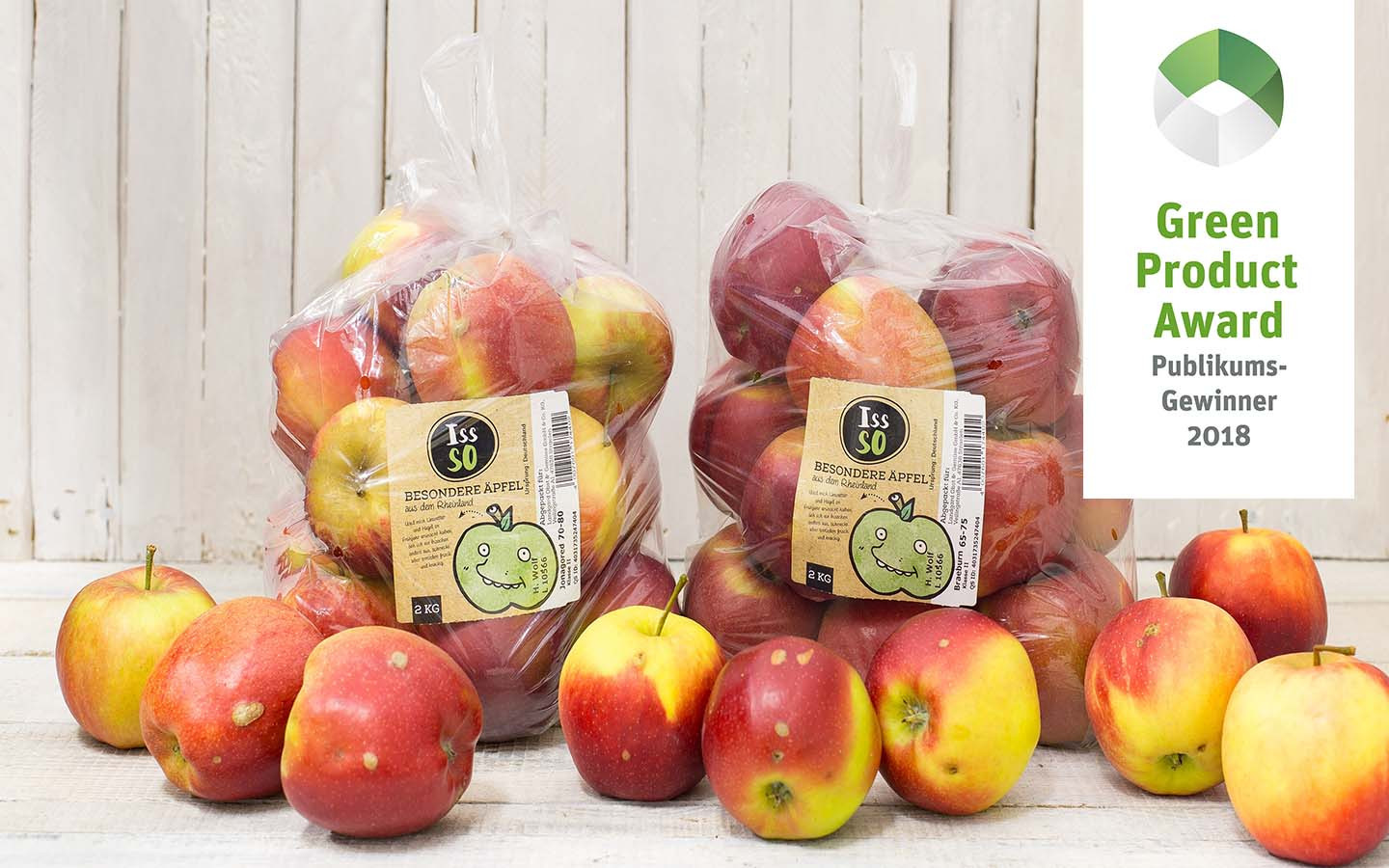 After severe hail damage last year, Landgard had launched an initiative to distribute fruit that had suffered optical damage from severe weather conditions and was not marketable under commercial criteria.

Under the private label "IssSo", the discarded fruit, which is in no way inferior to undamaged fruit in terms of taste and quality, was sold through regional supermarket outlets. In this way the economic damage of the producers was intercepted and a signal against the food waste in Germany was set.

Congratulations and all the best for the future!

Landgard Obst & Gemüse GmbH & Co. KG is the modern and successful marketing cooperative for flowers and plants as well as fruit and vegetables in Germany.

Since 2013, the Green Product Award has awarded innovative design products for sustainable consumption. This year, around 100 nominees from a total of 400 submissions from 25 countries were presented to an international jury. The best were honored under the aspects Design, Innovation & Sustainability.